Endometriosis, a cause of female infertility, is a condition in which endometrial tissue, the tissue that lines the inside of the uterus, grows outside the uterus and attaches to other organs in the abdominal cavity such as the ovaries and fallopian tubes. Endometriosis is a progressive disease that tends to get worse over time and can reoccur after treatment. Symptoms include painful menstrual periods, abnormal menstrual bleeding and pain during or after sexual intercourse. 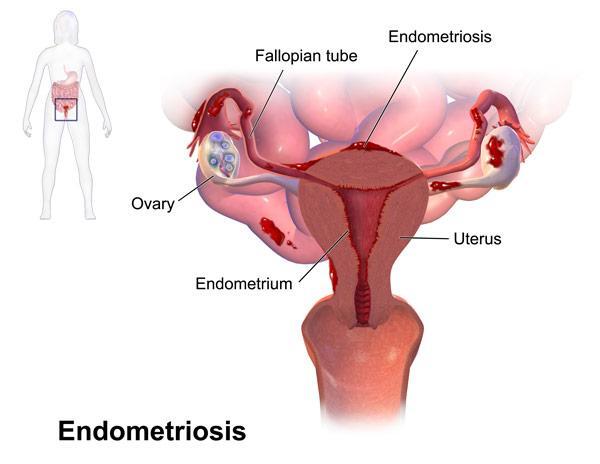 The endometrial tissue outside your uterus responds to your menstrual cycle hormones the same way the tissue inside your uterus responds - it swells and thickens, then sheds to mark the beginning of the next cycle. The blood that is shed from the endometrial tissue in your abdominal cavity has no place to go, resulting in pools of blood causing an inflammation that forms scar tissue. The scar tissue can block the fallopian tubes or interfere with ovulation. Another form of endometriosis is the formation of ovarian cysts called endometrioma that may also interfere with ovulation.

The cause of endometriosis is unknown although there are a few theories. One theory suggests that during menstruation, some of the menstrual tissue backs up through the fallopian tubes into the abdomen where it implants and grows. Another theory indicates that it is a genetic birth abnormality in which endometrial cells develop outside the uterus during fetal development. If there is immune system dysfunction, endometrial cells may grow where they would normally be removed by immune cells.

A laparoscopy, an outpatient surgical procedure, is necessary to confirm a diagnosis of endometriosis after a medical history review and pelvic exam. After the initial diagnosis, your physician will classify your condition as stage 1 (minimal), stage 2 (mild), stage 3 (moderate) or stage 4 (extensive) based on the amount of scarring and diseased tissue found. Based on the stage of endometriosis, your physician will determine the best treatment plan for you. Once the diagnosis is made, endometriosis tissue may be treated with laser therapy, excision, or thermal (heat) therapy during surgery. This initial diagnosis and treatment may be sufficient to relieve pain or allow pregnancy to occur. Depending on the degree of disease, medication may be necessary to further shrink the disease. 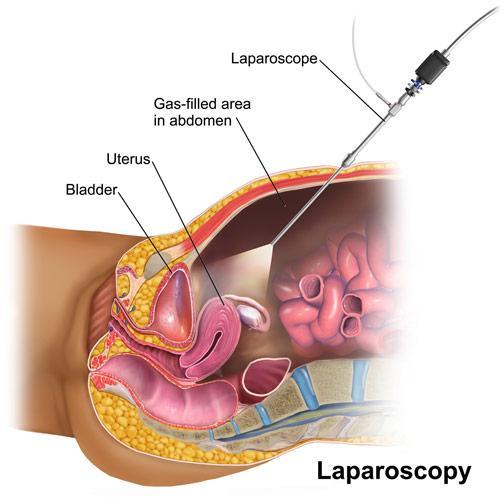 Treatment of endometriosis may allow spontaneous conception to occur, but fertility treatment is often beneficial. Treatment may be as simple as stimulation of ovulation. Even for women with normal ovulatory menstrual cycles, there may be subtle ovulatory dysfunction, and even abnormality in the physical release of the egg at the time of ovulation. By stimulating more than one egg to mature, there is a higher likelihood of physical release of the egg, as well as an increase in follicular fluid that is released with the egg. This fluid may improve chances that sperm will reach the egg by diluting toxic factors secreted by endometriosis cells present in the pelvis.

If ovulation induction is unsuccessful, then adding intrauterine insemination may improve success rates by flooding the reproductive tract with sperm. In Vitro Fertilization ensures that sperm reaches egg, and that fertilization occurs. Embryo culturing and transfer directly to the uterus bypasses the fallopian tubes and reduces exposure of gametes to potentially toxic factors.

Office Hours
Get in touch